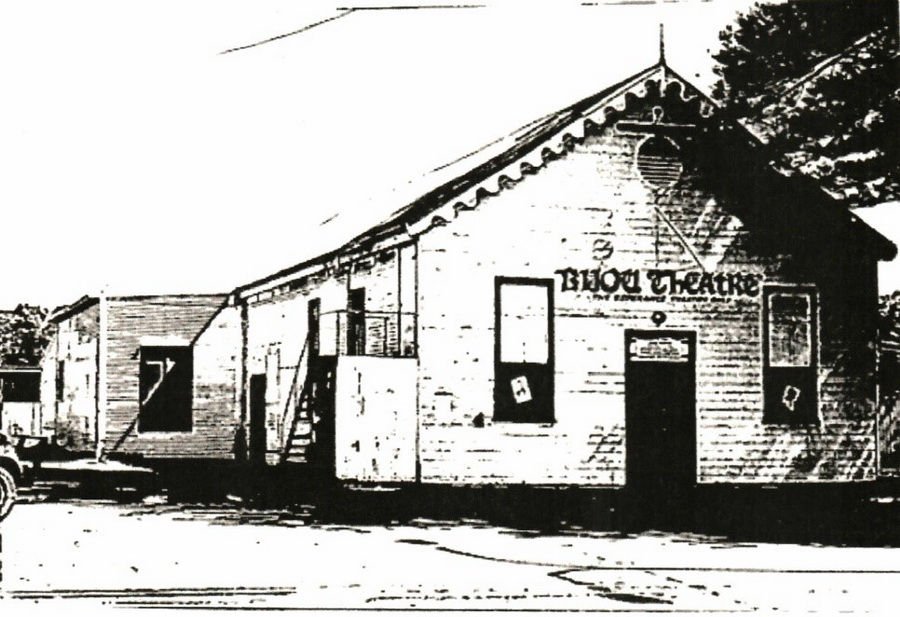 Plans for a Hall were presented to the Esperance Municipal council meeting on the 25th July. The Bijou Theatre was built in 31 days on Lot 57, Dempster Street. Architect, E J McCarthy supervised the building of the Bijou Theatre, using iron and timber, the materials available at the time.

The Bijou was publically opened on the afternoon of the 5th September by the Mayor Mr Thomas Edwards. 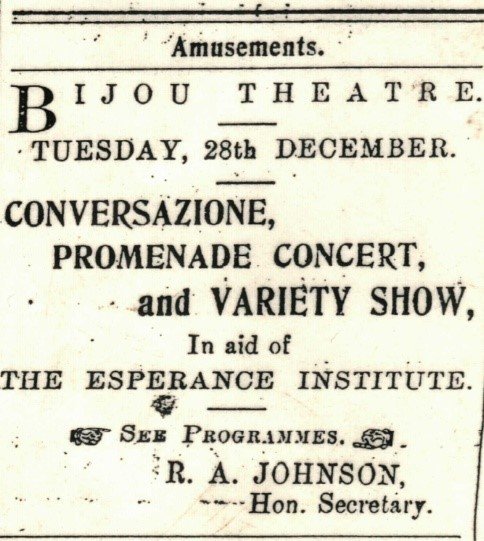 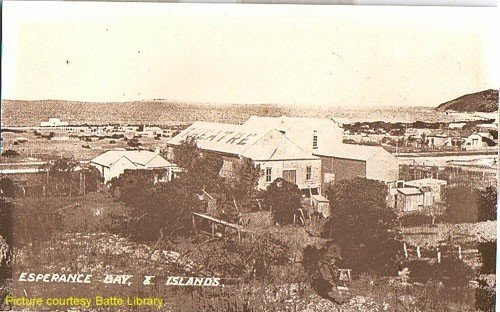 E.J. MCCARTHY’S HOUSE TO THE LEFT OF THE BIJOU AND DOUBLE STOREYED GENERAL STORE ON THE RIGHT OF THE THEATRE. 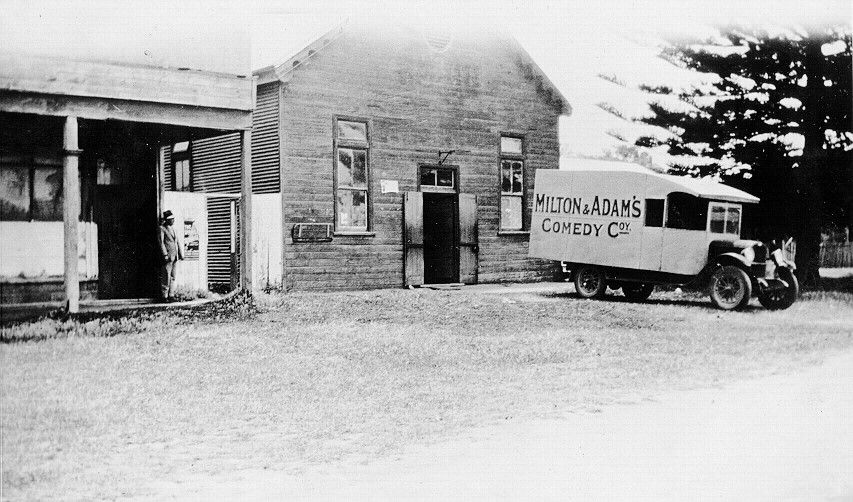 Two Newspapers houses were in production with the first edition of the Esperance Chronicle published in October. Approximately fifty business people advertised in one or both papers. 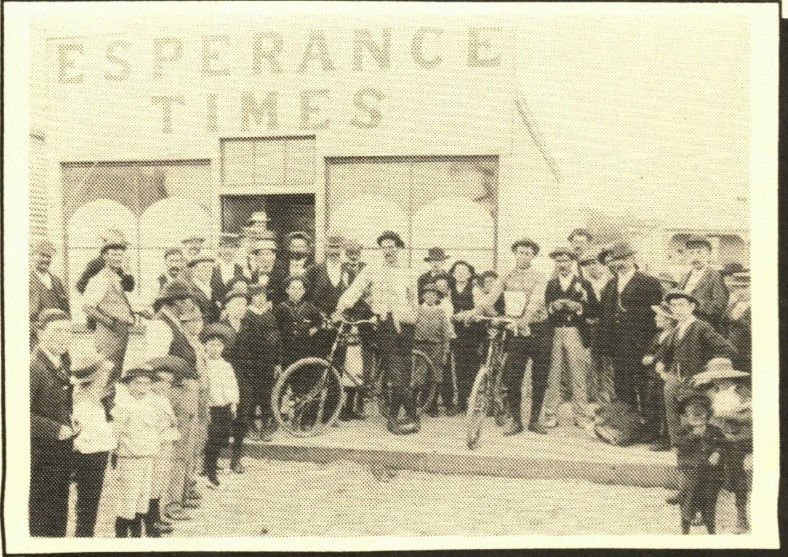 ESTABLISHED IN 1896 TO FURTHER THE PROGRESS OF THE ESPERANCE DISTRICT” (ESPERANCE TIMES).

Business people who advertised in one or both papers were:

and no doubt there were many more who took part in the business life of the town.

The Esperance hotel extensions were by built by Josiah Norman (Joe) for the owner and publican John Purchase. The saloon bar licence was granted and was opened on the 14th November. 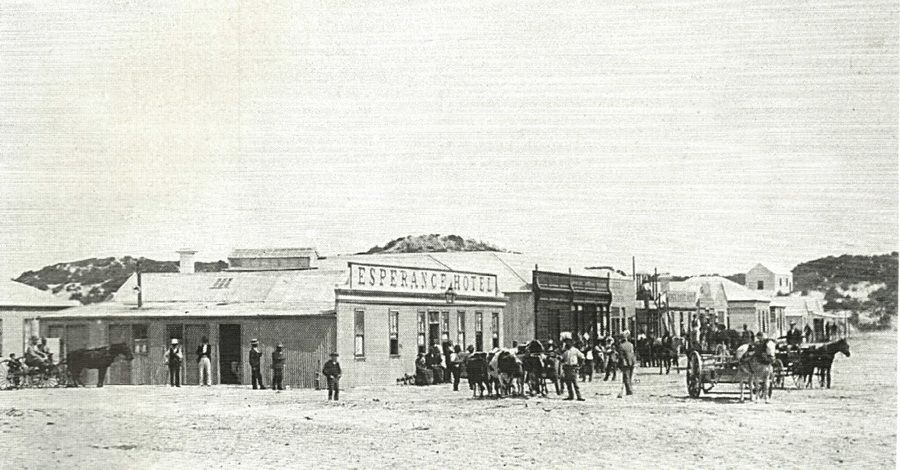 The first coach departed Esperance Bay to Dundas and Norseman on 15th May, 1986…The coaches and the horses had arrived by sea. G.W. Gray & Co, general merchant trading in
Esperance had become the agent for I .J .Cohn. The coaches stayed overnight at Salmon Gums Wayside Hotel. 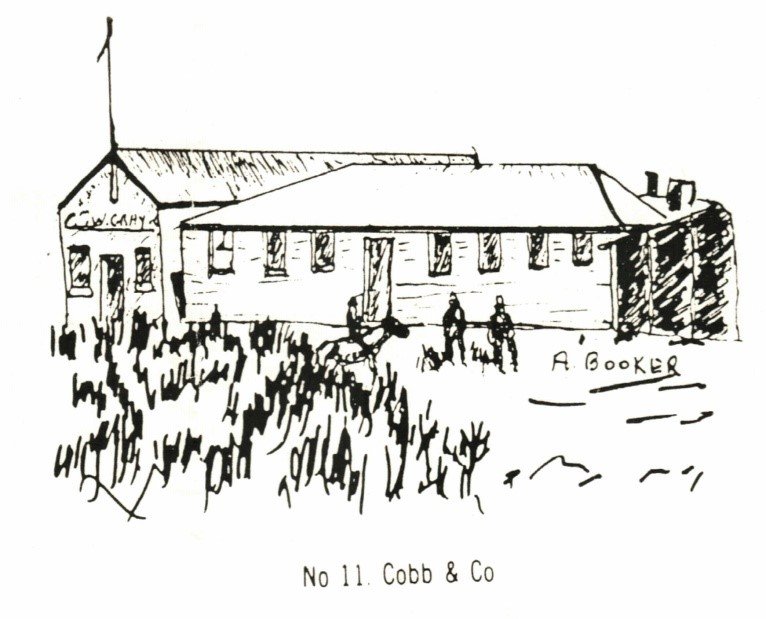 Tenders were called for a mail service between Esperance and Norseman via Dundas once a week in a four wheeled vehicle. Mr Jim A. Sinclair was the Postmaster; I.J. Cohn also won the weekly mail contract to Dundas and Norseman. Other early contractors operating were J.R.Sharkey, Jim Townsend and George William Doust.

The outbreak of typhoid in the late 1800s saw the establishment of Esperance’s first hospital. The townspeople made a deputation to Doctor Ernest Black the resident magistrate requesting him to file an application for a government hospital. The hospital was built by John Winfield and consisted of two wards, a nurse’s room, bathroom, servant room, kitchen, storeroom and wash-house. Jarrah framed tents could accommodate a further eight patients if required.

Extensions were added to the Pier hotel at this time as the population of Esperance had increased without any accommodation facilities built.

The Custom House and Public Works Department office situated on the corner of James Street and Edward Street (The Esplanade).

The jetty extensions commenced in 1896. The project was secured by A.B .Wright with a tender of 499 pounds 10 shillings and 4 pence. An inaugural ceremony was held with Mayor of Esperance Thomas Edwards and Mrs Edwards, invited to drive the first pile

The Bonded custom store was extended with the addition of a second pavilion, joining the Bonds store. 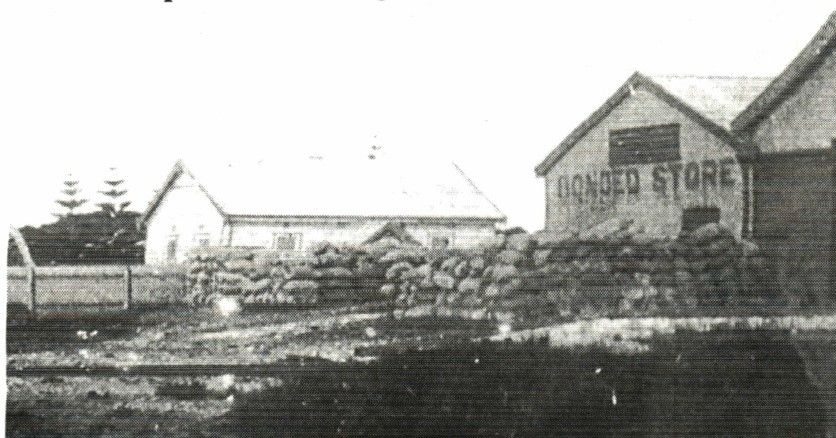 L. to R. Customs house (white building) and the Bonded store on right with a shipment of salt in the yard to be shipped.

Opening in October, the “Esperance Brewery and Aerated Waters Co”, situated in Dempster street, Lot 55(The Bijou was west on Lot 57) had been the Esperance Cordial Factory. The brewery license was granted to the applicant John Coleman in March in the licensing court. The Cordial factory had been in full production. The tender to build the Brewery tower was won by E.J.McCarthy.

John Coleman managed the Brewery until 1898 with John Alt then appointed. The brewery was then run by Germans Mr Louis Weise and Mr John Desterbeque. The building was constructed from timber and galvanised iron and had a forty foot high tower, into which bags of barley and other grains were hoisted up to the top floor using pulleys and ropes. Inside the building was a wood burning boiler and steam engine and the cellar floor was used for spreading grain out on to ferment.