Mr. Edward James, McCarthy was born in Campbelltown, South Australia in 1863. He was engaged in office life in Adelaide for a number of years.

The last position he held as an accountantship for Messrs Knox and Hargraves, a leading firm of Adelaide Solicitors. After an extended holiday he opened business at Esperance early in 1896 as agent and general storekeeper and contractor. He was the Manager of the Adelaide Company owning the Bijou Theatre, and other local properties. He contested the Mayoral election in 1897; he was elected in 1899 and has been president of the Australian Native’s association. He has taken great interest in Agricultural pursuits and in the encouragement of settlement on the land.

Edward’s second wife was Mary (nee Walsh) they were married in 1895, in South Australia. Mary arrived in Esperance three months after Edward who built a house for them to live in. Edward James Jnr (Ted McCarthy) helped his father build the house. Ted, and his two sisters were from the first marriage their mother Isabella died in childbirth in 1892.

Edward and Mary McCarthy had five children in Esperance. They lived at Lot 56 Dempster Street. 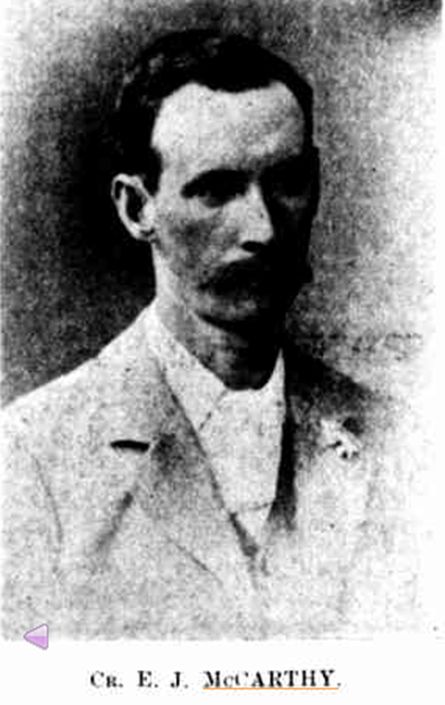 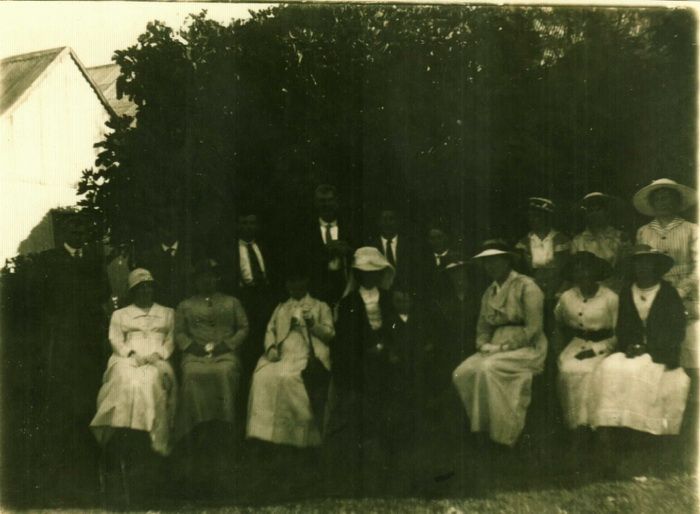 On September 7 the death occurred of Mrs. Hilda McCarthy, wife of Mr. Richard McCarthy. The deceased lady was the second daughter of Mr. J. W. White, a very old resident of the district. The respect in which the late Mrs. McCarthy was held was evidenced by the large attendance at the funeral, which took place on Saturday, September 9. Wreaths, cards, and telegrams of sympathy Kalgoorlie Western Argus Tuesday 10 October 1916. 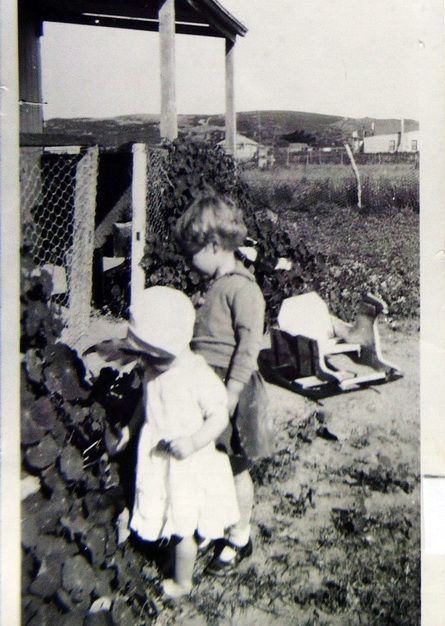 Mary Joyce and Hilda Merle McCarthy playing in the garden in Esperance.

Fred McCarthy, eldest son of Mr. and Mrs. R. McCarthy, whose birth day would have been during this month, happened one day last week to step on a fish’s backbone, and a prong broke off and entered his foot. Notwithstanding that the wound was attended to and the bone removed from the foot and he was able to go about and play as usual, the wound later developed serious symptoms and the boy was taken to hospital. Tetanus eventually set in and the bright little lad passed away about 10 p.m. on Monday, November 30, the funeral taking place the following day. The boy was a bright scholar and very popular. This was apparent on the faces of his school mates when it was known that Fred had passed away, while numerous flowers, as a mark of their respect, adorned the coffin. The school children paraded and a cordon was formed at the brow of the school hill, the heralds and scouts on one side and those not members on the other. As the coffin was borne through the cordon a scout salute was given, the older members of the troop following to the graveside. The Rev. Father Stinson, of Norseman, conducted the burial service. 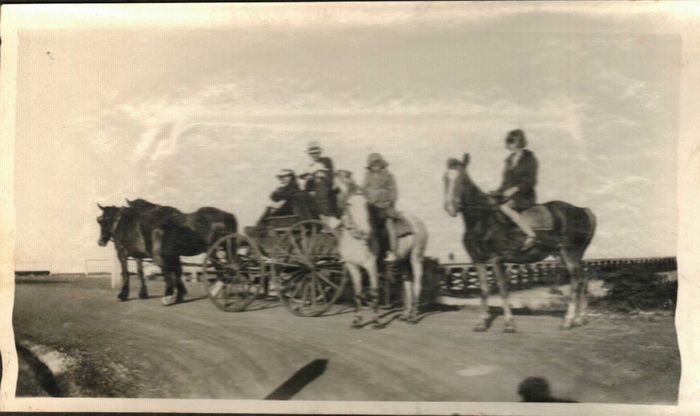 The McCarthy Family at the Jetty
L –R, Kathleen and Richard (Dick) McCarthy, Alan, Norman, Fred on grey pony and Merle on right.

TENDERS for the purchase of the undermentioned LAND and LEASES are invited by GOLDSBROUGH, MORT AND CO. LTD, sole selling Agents for Agricultural Bank Properties. Tenders are returnable on or before the 12th July, at the Perth Office of the Company, and must be on the prescribed form, supplies of which are available at the Company’s Head Office, Perth, or any Branch office or Agency, also from any District Office of the Agricultural Bank.

283/21 SSS: 1537 acres freehold and C.P. land situate 10 miles south-East of Caitup, near Esperance, being Esperance Location 688 and Myrup Agricultural Area Lots 10, 12, 14, 27, registered in the name of RICHARD JOYCE MCCARTHY. The land is described as 105 acres 1st class, 450 acres 2nd class, and balance 3rd class. 330 acres are cleared and there is 80 chains draining. Watered by permanent springs. Fencing, 1036 chains, of which 80 chains are netted. Buildings: 5-roomed Stone and G.C.L House. Hay shed and barn, chaffhouse, workshop and smithy. Any sale is subject to an existing lease of the property expiring 2nd May, 1938.

Richard and Kathleen left Esperance and went to Cue.

Only a stone fireplace was left . . .

Esperance is “a pretty little town on the south coast of Western Australia.” Forty years ago, farms there were poor, and returns small. New agricultural methods have changed all that, as RICHARD JOYCE McCARTHY found. After World War I, when we were farming under the Soldier Settlement Scheme, my wife died, leaving two girls, one aged two years, the other two weeks. Later I married again, a city girl, and in the next 12 years we had five more children. My wife gave the older ones lessons by correspondence.

With the Depression there was lack of money and poor prices, but the need for better schooling became dominant, and in 1936 we left the farm.

In 1968, my wife and I visited the old farm. There was another house there, a large shearing shed, other sheds and tractors, and motor-vehicles where we had had horses.

Over sandy roads, the ten miles to Esperance from the farm used to take an hour on horseback, two hours by buggy, and four hours with a drayload of chaff, often with four white horses in a single file. In our car, on a bitumen road, it took 12 minutes.

Where our old home had stood a few bricks showed where the wood stove had burned. The stone chimney of the open fireplace was gone, but the lower part remained. In front of this we had gathered in cold weather and I had built a strong fireguard to protect the little ones.

The stone milk-cellar, with concrete roof above ground level, thatched inside for coolness, was disused and in sad disrepair.

There was nothing else left of the house, or of the fruit trees. The thatched stables and big hayshed were gone. All was cleared and under clovers, the new fodders which, along with new fertilisers and more available money, have brought a great change to the vast, poor sandplain country.

My wife and I turned away with both pleasant and bitter memories. Who can stop time rolling by?