Edward James McCarthy (Snr) founded the salt works at Pink Lake (Lake Spencer) under the name of EJ McCarthy and Co. He first set up a horse-works and crusher in a large shed near his house, set back off Dempster Street on Lot 61. Salt was carted in by drays, the track winding through the sand hills.

The Esperance Hotel was built by Josiah (Joe Norman) for John Purchase. The hotel bar opened on 14th November.

The outbreak of typhoid in the late 1800s saw the establishment of Esperance’s first Hospital when townspeople made a deputation to Doctor Earnest Black requesting him to file an application for a government hospital. The hospital was built by John Winfield and consisted of two wards, a nurse’s room, bathroom, servant room, kitchen, storeroom and wash-house. Jarrah framework tents could accommodate a further eight patients if required.

Extensions were added to the Pier hotel at this time as the population of Esperance had increased without any accommodation facilities built.

The jetty extensions commenced in 1896. The project was secured by AB Wright with a tender of 499 pounds 10 shillings and 4 pence. An inaugural ceremony was held with Mayor of Esperance, Thomas Edwards and Mrs Edwards invited to drive the first pile.

The Esperance Brewery was opened in October, situated in Dempster street Lot 55 (Bijou Theatre was west on Lot 57). The brewery was run by Germans Mr Louis Weise and Mr John Desterbeque. The building was constructed from timber and galvanised iron and had a tower, of which bags of barley and other grains were hoisted up to the top floor using pulleys and ropes. Inside the building was a wood burning boiler and steam engine and the cellar floor was used for spreading grain out on to ferment.

Esperance.
The licensing meeting occupied two days. Two licenses were refused – for Gibson Soak and Swan Lagoon, and an application for a colonial wine license was adjourned. Mr. E .J. McCarthy applied for a provisional certificate for a new hotel in Dempster Street near Dempster’s. It was intended to build a brick and stone structure at a cost of 6000 pounds. The plans showed a handsome building. The application was adjourned until the next day, the plans being lodged a day too late. All applications were opposed by the Police and Mr. Fienburg on behalf of other publicans. 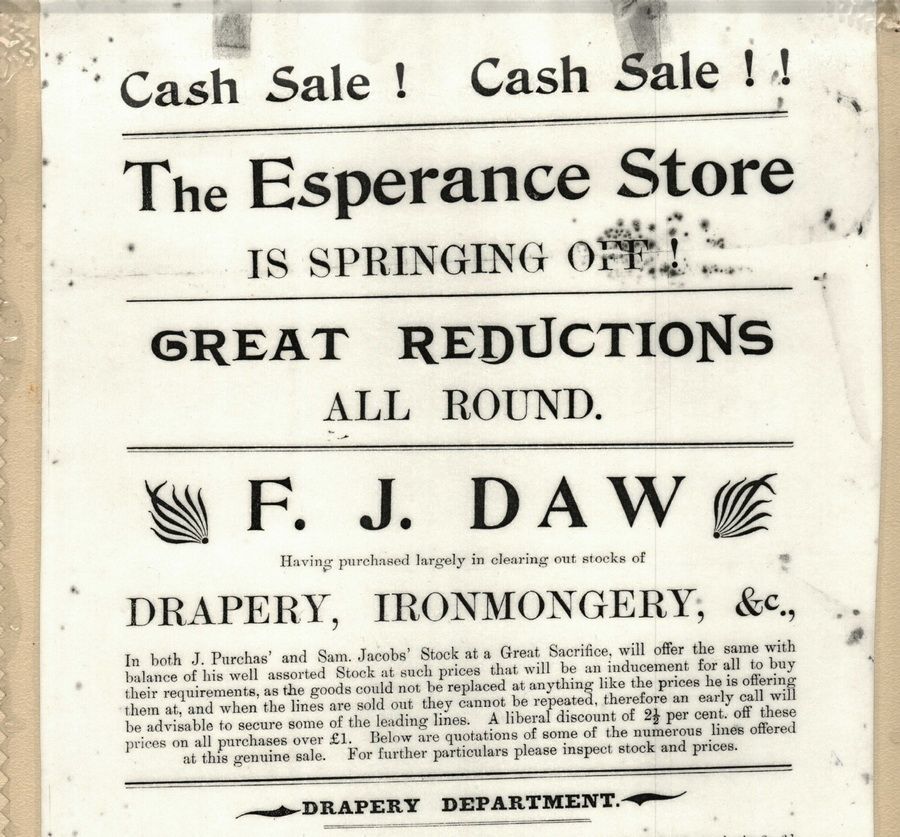