John Paul Brooks (1848-1930), his mother Emily Henrietta nee Donovan (c.1833-1911) and sister Sarah Theresa Brooks (1850-1928), passed through Esperance and settled inland from Point Malcolm, and later north of Mt Ragged at Balbinia Station. Their first dwelling after they reached Point Malcolm was a small wattle and daub hut. The Brooks’ house named Marlburup was a few miles from Port Malcolm.

Emily Dempster and her companion Mrs Clay had begun conducting Sunday school for all the children living at or around the Esperance station homestead. They also set up a small school to commence the Dempster children’s education. Emily Dempster, though isolated, maintained her intellectual pursuits, read widely, painted and continued playing the piano.

The Brooks had some elegant furniture, according to Ray Oldham -The Brooks Family of Israelite Bay and Balbinia Station Part 1. P45.

“Some of the furniture used by the Brooks family in Western Australia is quite elegant, a revolving book table with sloping shelf to hold a large book conveniently, and a detachable screw-on candlestick to provide light, also a high bookcase and desk combined. Some other furniture of a Colonial style is quite attractive but rougher”. 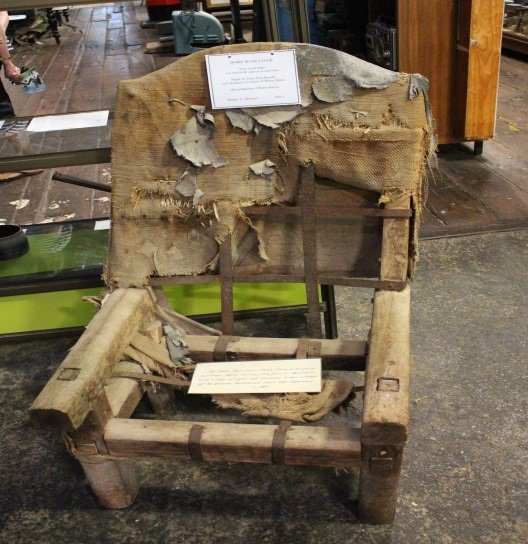