William Moir returned to Dundas with a prospecting party, but found no payable gold. William was a wheel right and built his own wagon, then carted goods to the goldfields. A track was formed from Fanny Cove, via Peak Charles to Dundas, which William and Tom Stennet had built. Fanny Cove to the goldfields became a regular route used during the gold rush days

Captain Fred Douglas’s sailing ship Agnes, was shipwrecked at John’s Cove, Bremer Bay. The Agnes, loaded with forty tons of sandalwood for the Wellstead family, was on anchor when hit by a sudden storm and driven ashore. The vessel‘s round shaped hull floundered in the shallows and was stranded on the beach.

The Agnes had been the main link between Esperance and the outside world for many years. The vessel had carted construction material for the overland telegraph line and the rabbit proof fence, mail, passengers and various cargos. 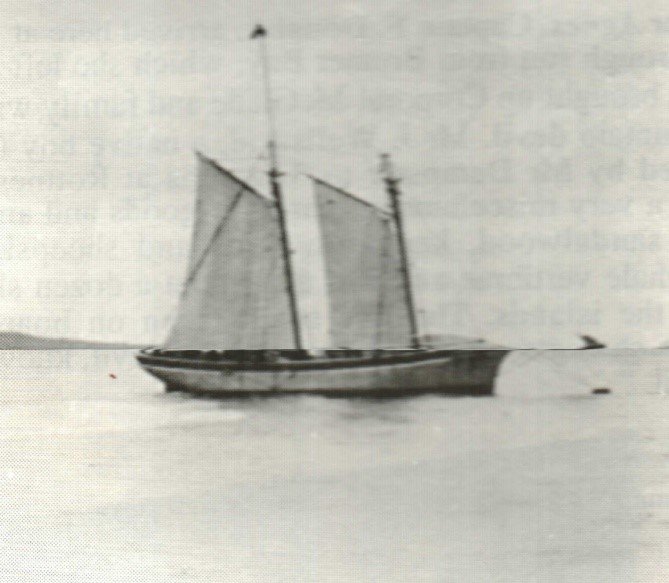