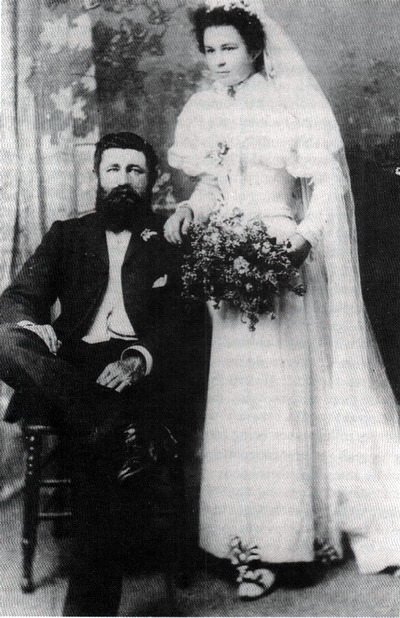 Benjamin Hannett drove the first team of cattle through to Fraser’s Range cutting a track with the help of a small group of aboriginals. 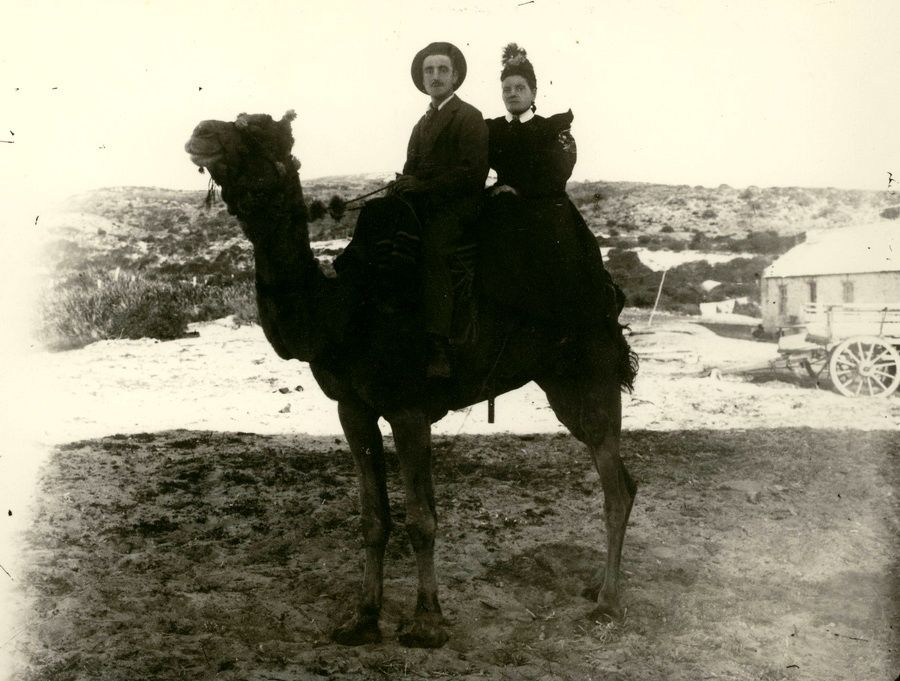 The Tanker Jetty, built later in 1934, was built at the local landmark named Hannett’s Point as Benjamin and Caroline Hannett were the only people living there for many years. The house was there as early as the 1870’, there being then, only the Dempster Homestead, the Dempster’s buildings and the Telegraph Office.

Their residence, in 1896, on Lot 46 (Lot 46 later Reserve Number 2810 Public Utility) Dempster street, was the last building on the outskirts of the tiny town and was considered to be amongst the scrub. After the town survey was completed Hannett’s stables were on Lot 46 Hicks Street corner. Benjamin and Caroline raised a big family, four boys, Eppie, Edward (Ned), William (Bill) and John, and four girls, Maud, Emily, Bessie and Capel, though not necessarily in that order.

The Hannett family supplied much of the milk required in the town and their cows and geese were a feature. Their sons Eppie and Ned were taught to play the piano and later were in demand to play the piano at dances. Benjamin Hannett had 400 acres of conditional purchase land holdings in the district, including 15 acres at Monjinup, a pastoral lease of 20,000 acres at Stock Yard Creek, and held ownership of the town block in Dempster Street.

In the 1920’s Eppie who had left Esperance and married, returned with his family they lived at Stockyard Creek, on Esperance Bay, managing his Mothers cattle. Benjamin Hannett had previously established the Stock Yard Creek property, which had a cleared a portion of the land, a two-roomed cottage of wood and iron, fruit trees and vines and a fenced vegetable garden.

Edward (Ned) married Grace Dunn daughter of Andrew and Mary Dunn of Boyatup and raised a large family at Mt. Edward east of Esperance.
John Hannett was a good horseman and being lightly built rode at the race meetings, at the first Esperance racecourse called the “Myrup”. John Hannett developed an illness and died at a young age.
Bessie Hannett married Tom Dunn of Boyatup family.
Emily Hannett married Charles Stewart, a member of the pioneering family of Dalyup.
Capel Hannett married Fred Bow, a widower, and a farmer and well known butcher.
Maud Hannett married Harold Strongman from Norseman.