The Esperance township site was surveyed by A.C Ross under the direction of head Surveyor W.H. Angove. This was to become the Dempsters’ Esperance Bay Pastoral Station.

Constable Truslove was required to take a census of the district commencing on the 26th April. Officer Truslove reported his arrival at Eyre, after being three days without water, abandoning his horse and walking 100 miles to Eyre.

“Among the colonial incidents of the station was the capture of two escaped convicts who were making for the South Australian border and who had travelled 300 miles from Albany before they were captured. Constable Truslove arrested one at Eyre and Constable Pridmore of Albany took the other at Ponton’s, a property owned by brothers.”

When the outlaw horse thief James Cody was brought to the Esperance Bay lock up with a shattered hip from his capturer Constable Trusloves’ gunfire, the wife of the Constable Margaret Kate was horror stricken.

“The siding Truslove was named after Constable and later Sergeant George Truslove of the West Australian police force, stationed at Esperance Bay. But it is certainly a moot point whether the tribute was paid to Constable Truslove or his good wife, who was known as the Florence Nightingale of Esperance, for all who sought succour at her door were welcomed and she drew no colour line.” 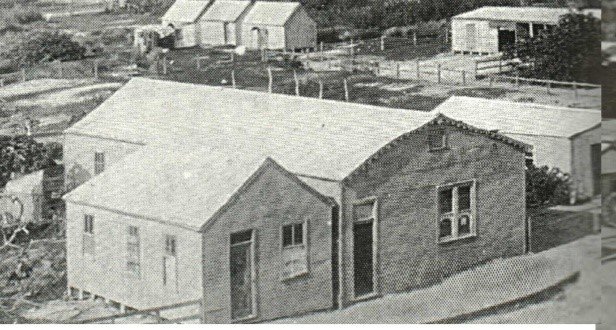 1915 THE POLICE STATION AND THE ESPERANZA BUILDING