Micheal Joseph Heenan (1859 – 1926) born in Toowooba Queensland and moved to Western Australia with his wife Josephine Frances nee McCarthy in 1897. They had eight children.

The first town they lived in was Kanowna where Michael went prospecting, their fourth child was born. In 1900/1901 the family moved to take up land near Swan Lagoon at Grass Patch. 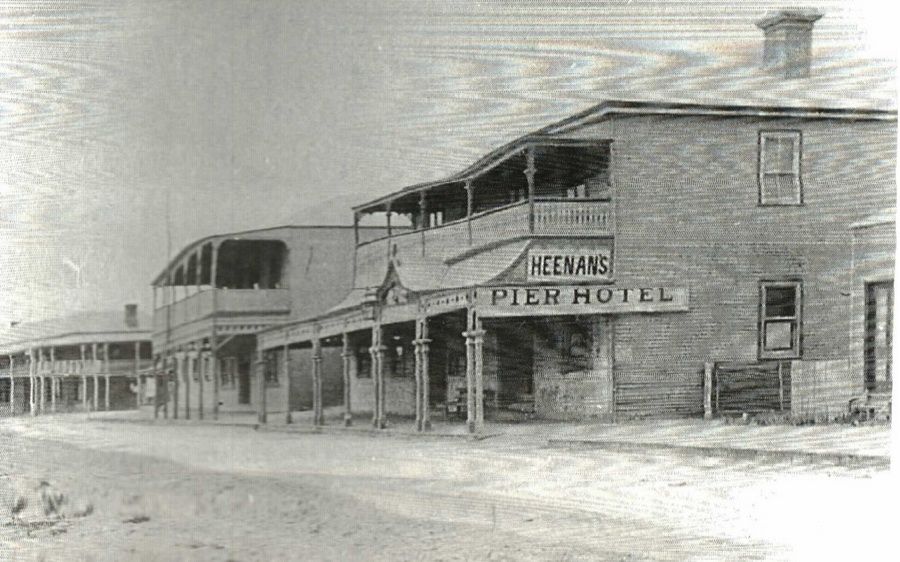 Michael Heenan purchased the ‘Pier’ hotel from Mr. Robert Symes, around 1900. Esperance was facing sad times as the population had dwindled and the town was facing extreme hardships.  In 1908, the ‘Pier’ was nearly destroyed by fire, but was saved by the Lady Forrest Fire Engine, as seawater was pumped and used to extinguish the fire. However, two years later, the hotel burnt to the ground; the same year as Hayley’s Comet appeared in the skies over Esperance.

The second ‘Pier ‘was built, constructed from limestone which was carted from second beach, this structure was single storey, in 1926 a second storey was added.  The ‘Pier’ remained in the Heenan family until 1954,

Micheal Heenan was the Mayor of Esperance serving from 1904 – 1908 and Chairman of the Esperance Roads Board 1913-14-15-1917. Micheal was one of the group who advocated strongly for the construction of the railway from Esperance to Norseman being an original member of the Railway League for many years.

Lieutenant Neville J. Heenan, son of Michael and Josephine enlisted on 8th November 1915 when he was almost 23 years old. He served with the 8th Field Artillery brigade and on 3rd September 1917, he was awarded a Military Cross: Neville Heenan returned to Australia and resumed his legal studies and practised as a barrister and solicitor. He returned to Esperance with his wife, Gladys (Judy) and took over the running of the hotel until it was sold out of the family in 1954. The hotel was purchased by the Swan brewery Co. Ld., demolished and rebuilt. Stone from the ground floor level was used in the restoration of Dempster Homestead.

Eric Heenan also enlisted in Esperance and went overseas at the age of eighteen years. Eric was a solicitor in Kalgoorlie for many years, and was elected to the State Legislative Council in 1936. He was also a member of the Goldfields Fresh Air league, He and his wife Joan moved to Perth. 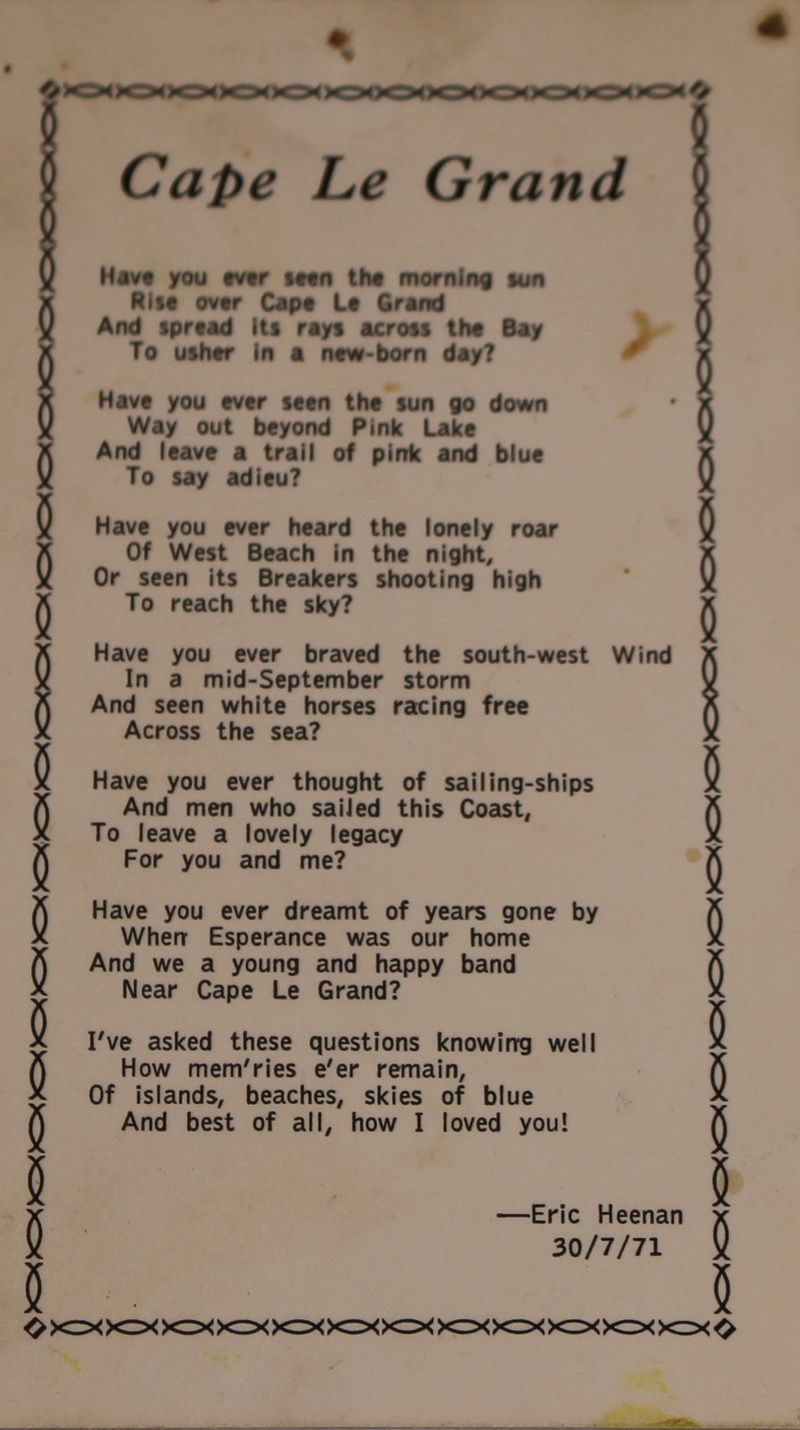