The first Police Station at Esperance Bay, built by Andrew Dempster was opened on the 13th March. The officers appointed to man the station were Police Constable George Truslove and Lance Corporal Walter Coppin. They were to take charge of a district extending from Bremer Bay to Eucla. All offences were to be reported by telegraph to the Resident Magistrate at Albany.

George Henry Truslove was married to Margaret Kate (nee Buckley) who was kind hearted, and one of the first three white women in the Esperance Bay.

The aborigine charged with the murder of John Moir, was arrested at Oldfield River by Campbell Taylor.

The pastoral lease held by John Paul Brook since 1876 at Point Malcolm had lapsed, it was taken up by Campbell Taylor from Lynburn Station who expanded his leaseholds along the coast.

On 8th August, Stephen Ponton and John Sharp founded Balladonia. The partners had found an area that had water and a red rock, which they called Barlajuinya. The trio applied for the pastoral lease on this area. It included a lease area that covered 350,000 acres and a portion of freehold around the red rock where they wished to build their house.

TO STRIVE, TO ACHIEVE, TO LEAVE A SPLENDID MEMORY By A.E. COCKER 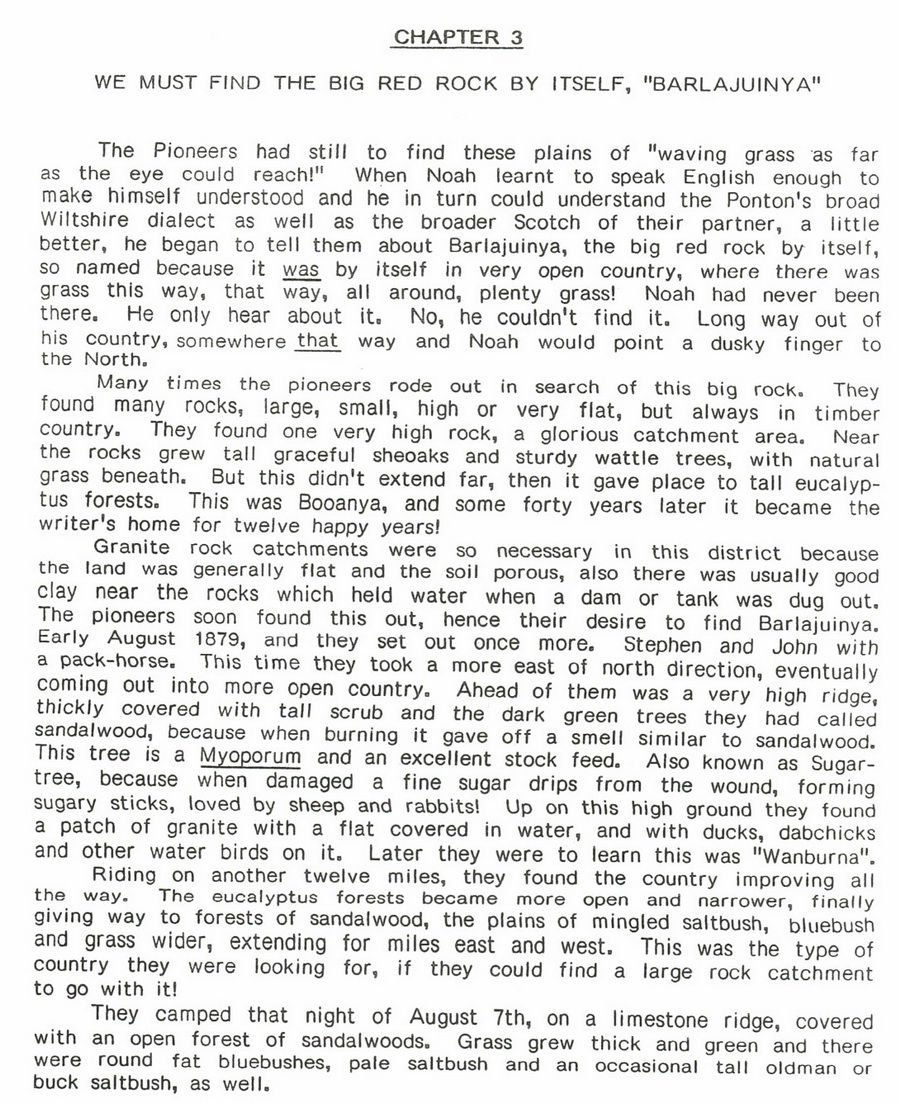 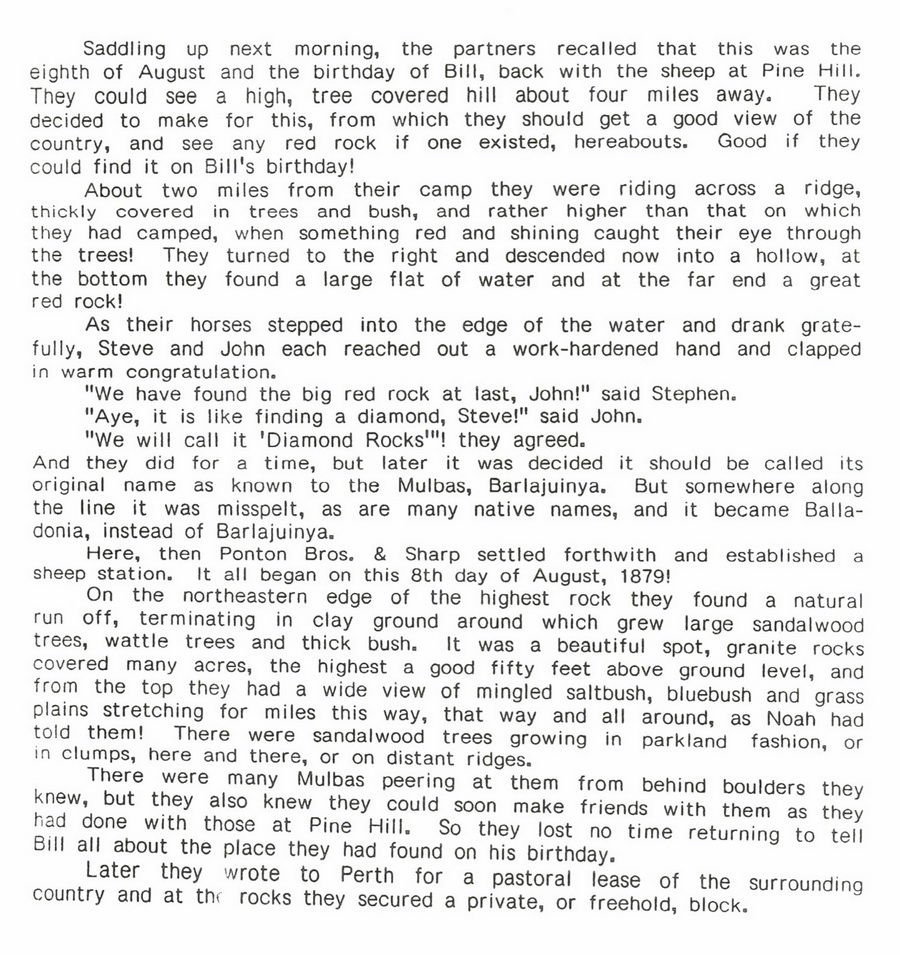 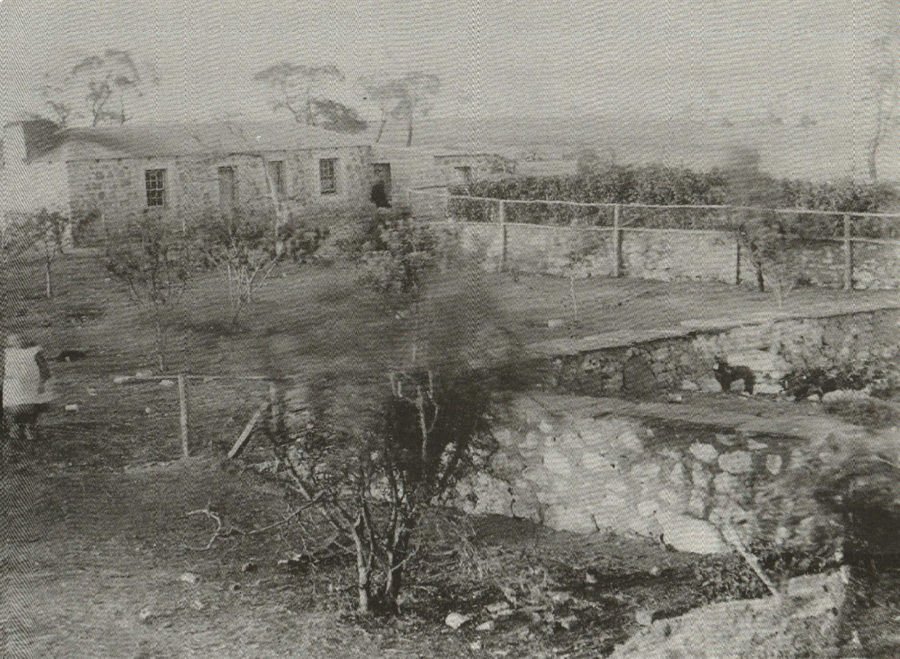 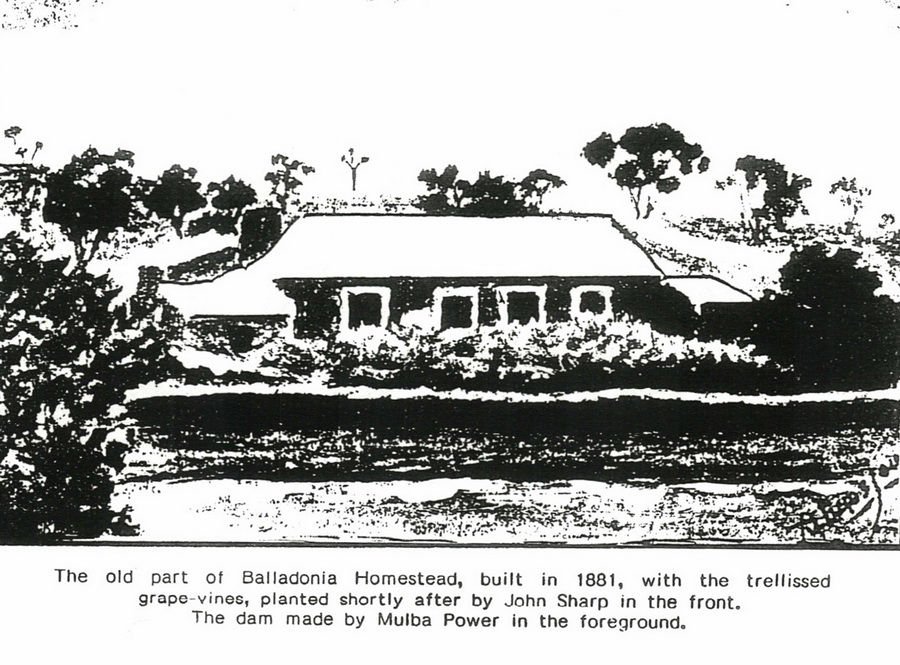