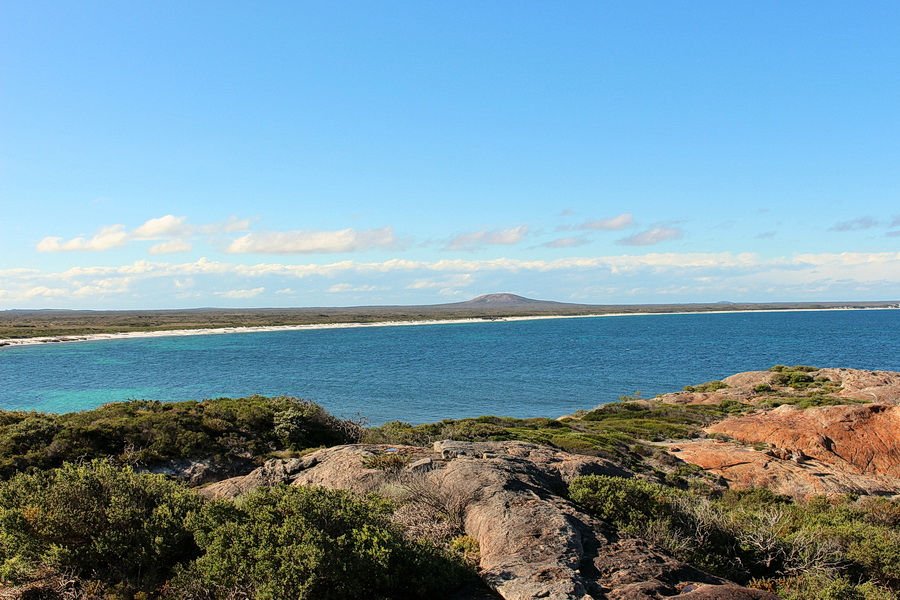 Edward John Eyre, with aboriginal guide, Wylie, came overland on an epic journey of discovery, east from Adelaide and west to Perth. When he departed Fowlers Bay, John Eyre was accompanied by John Baxter and three aborigines including Wylie.

The murder of John Baxter by two of the aborigines left Eyre and Wylie alone and short of food and water as they travelled across the Nullarbor Plain. They arrived near Esperance at the point of death from thirst and starvation, when they were saved. Recording this journey, Eyre wrote:

‘’In a short time I arrived upon the summit of a rocky cliff, opposite to a fine large barque lying at anchor in a well sheltered bay (which I subsequently named Rossiter Bay, after the captain of the whaler) immediately east of Lucky Bay and at less than a quarter of a mile distant from the shore”.

They were taken on board and were able to recover their health. Edward John Eyre named the place Rossiter Bay, after the Master Captain Rossiter, of the French whaler Mississippi.